Home Board and Staff

Dave is a graduate of the University of Illinois-Chicago with a Bachelor of Science degree in Chemical Engineering and is the owner of Urban Services L.L.C. based in Grayslake, Illinois. Previously, Dave was a Strategic Adviser in the Profit Enhancement Solutions group in Madison, Wisconsin, providing his expertise to private companies and corporations throughout North America, South America and Europe. Over the past 30 years, Dave has acquired a broad range of business, engineering and product development experience working in a variety of industries and corporate roles for Illinois Tool Works, Danaher, Abbott Laboratories and Nalco Chemical Company.

Bill retired from the University of Wisconsin – Milwaukee where he was the Chair of the Department of Urban Planning. He taught courses on geographic information systems since 1988 and administered the university’s GIS Certificate program since 1993. His primary research interests involved institutional adoption of GIS technology in public agencies and urban neighborhood improvement through GIS applications. 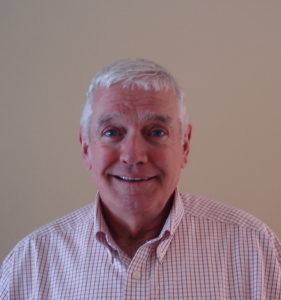 After graduating from the University of Notre Dame, Tom worked as an auditor and consultant with KPMG’s Chicago office. Since that time, Tom has worn a number of career hats, including as a member of the Chicago Board of Trade, as trader for his own account and as a broker for public customers. After hanging up that hat after fifteen years, he was Chief Financial Officer for a proprietary options and equities trading firm at the Chicago Board Options Exchange. During that same time, having prepared various tax returns on a freelance basis for a law firm specializing in taxes for fifteen years, in 2006 he began preparing tax returns on a full time basis for that firm. In addition to that work, Tom is a compliance consultant for two proprietary trading firms at the Chicago Board Options Exchange. He became a member of the Board of the Kettle Moraine Land Trust in 2012, where he hopes to be able to provide some assistance in the area of the land trust’s finances. 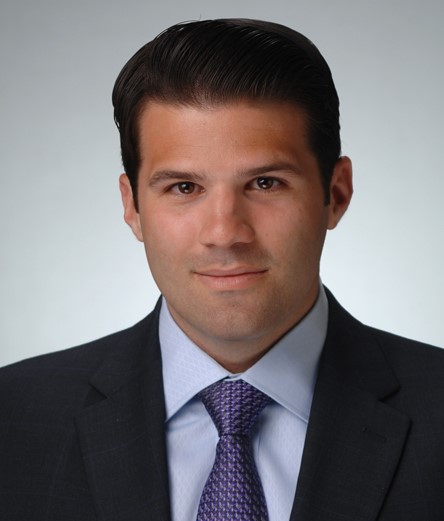 Justin, an attorney, is a lifelong summer resident of Lauderdale Lakes and is passionate about conservation and KMLT’s mission. He brings strong organizational leadership, public speaking, legal advocacy and journalism skills to the board, as well as a broad range of experience with public policy, risk management, strategic planning and fundraising.

Justin graduated from UW-Madison and IIT’s Chicago Kent College of Law. His practice focuses primarily on patent law. In his spare time he enjoys golfing and softball as well as fishing and boating, and watching Chicago sports teams, especially the Cubs. 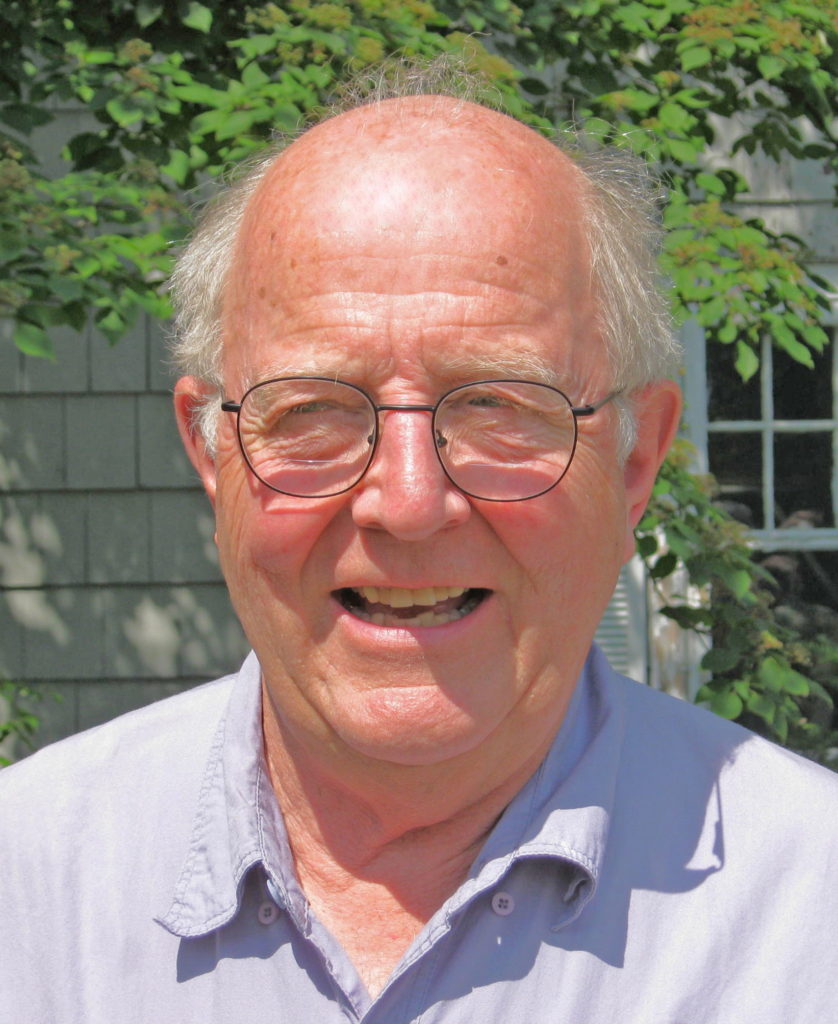 Walker is a nationally recognized, award-winning architect with more than 40 years of specialized, experience in historic preservation. He served three terms on the Illinois Historic Sites Advisory Council to the State Historic Preservation Office. He was on the Board of Landmarks Illinois and was very active in its organization. He recently served two terms as a PBS Peer Professional for the General Services Administration and has served on Building Design and Construction Magazine Award Juries(2004-2008)as well as the 2008 AIA Honor Award Jury. He is a fellow of the American Institute of Architects and a fellow of the Association of Preservation Technology.

Prior to founding the Chicago firm Johnson Lasky Architects in 1992, he was Director of Restoration/ Rehabilitation at Holabird & Root, Architects.

Dan was introduced to Kettle Moraine Land Trust just a few years ago when he was the Director of Tours and Special Programs for the University of Chicago at Yerkes Observatory in Williams Bay.

Dan earned a BS degree in biology (with a minor in geology) from UW-Whitewater and an MBA from Marquette University. He has served on several Boards of Directors, including the Walworth County Visitors Bureau, the Muskego Area Chamber of Commerce, the Milwaukee Astronomical Society and the North Central Region of the Astronomical League. He has a lifelong interest in conservation. 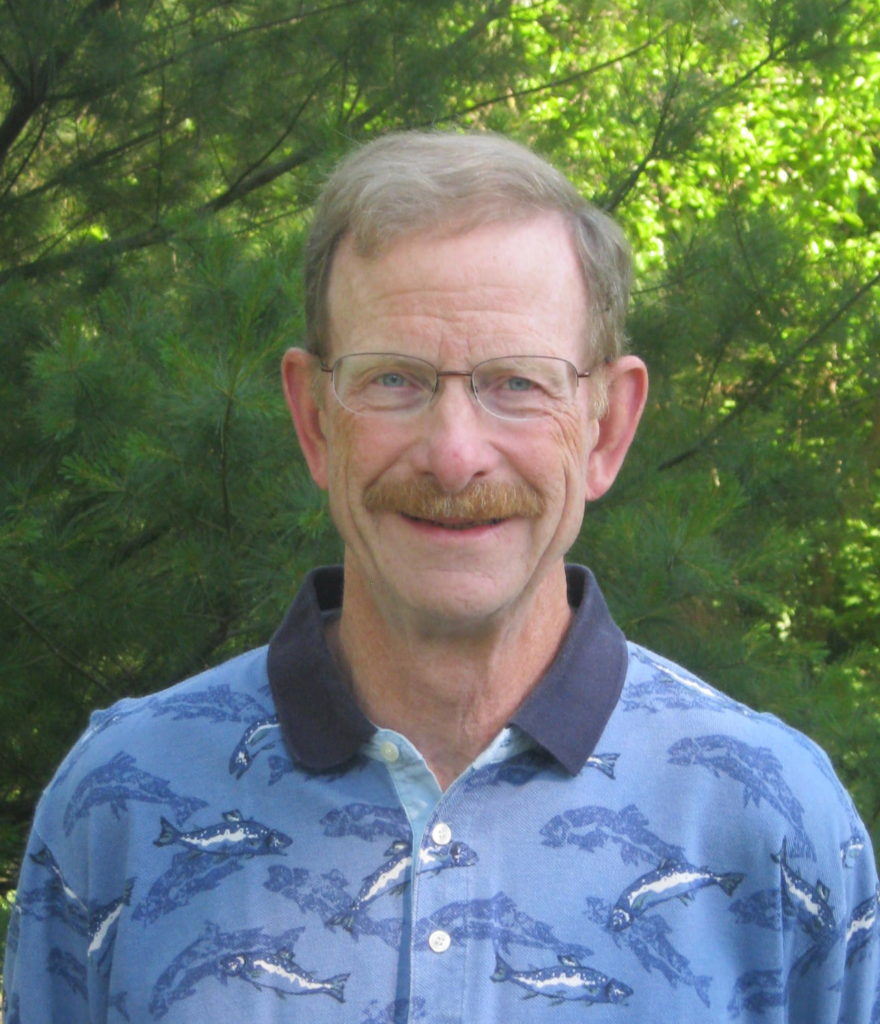 Herb is a graduate of Lehigh University and Stanford University with Bachelors and Master’s Degrees in electrical engineering. Working for Bell Laboratories and Lucent Technologies, he designed communication system hardware, and managed a design team of more than 100 people worldwide that included software engineers, circuit designers and mechanical designers. He also has experience in developing business strategies and creating business and communication solutions. In retirement, Herb joined the Fox Valley Habitat for Humanity and served as their building chairperson for several years. He also helped form the Lauderdale Lakes Lake Management District to manage water quality issues. He is the Treasurer of the Lauderdale Lakes Improvement Association. Herb enjoys working with volunteers and educating them about KMLT Preserves; he also snow skis, windsurfs and bikes the Midwest with his wife Jan. 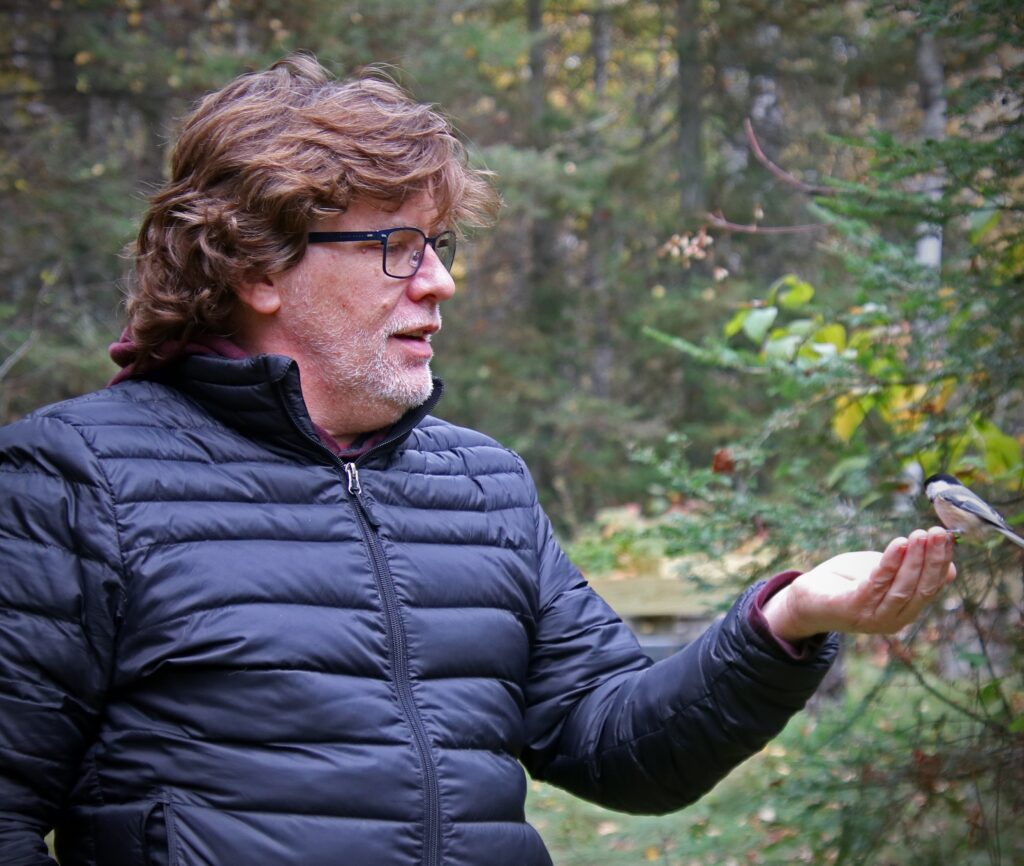 A graduate of the University of Notre Dame with a Bachelor of Science degree in Electrical Engineering, Len Wardzala currently works as a Global Business Development Manager for Kimball Electronics Inc.  An avid environmentalist, while employed at AG Communication Systems,  Len received the Strowger Award for his work to eliminate ozone depleting chemicals from their manufacturing processes to comply with the Montreal Protocol.  Len has served for over 20 years on the Lyons Township Planning Commission and was instrumental in the adoption of conservation subdivision requirements as part of the Town’s comprehensive plan.  In 2020, he founded the “Lyons Township Biodiversity Project” committee and currently leads that project for the Kettle Moraine Land Trust.  He was also one of the founding members of the Friends of the Fox River (www.friendsofthefoxriver.org), and he recently retired as board president for Catholic Central High School in Burlington.

Len is married to poet Dr. Kimberly Blaeser (www.kblaeser.org), and they have two children. The family lives in rural Lyons Township, Wisconsin, where Len has done prairie and woodland restoration on their property for over 25 years.  They also spend part of each year in their water-access cabin adjacent to the Boundary Waters Canoe Area Wilderness—hiking, canoeing, and welcoming visiting wildlife.

A graduate of DePauw and Johns Hopkins Universities, Kathryn is a science writer passionate about conservation. Her professional career has been spent primarily in writing and editing about healthcare, biotechnology and basic cell science. She has worked for business-focused publications as well as several published by the National Institutes of Health. She is a lifelong summertime Lauderdale Lakes resident with many fond memories of southern Wisconsin. Currently, Kathryn also serves as co-vice president of Go Green Wilmette in Wilmette, Illinois, where she focuses on outreach about native habitat as well as helping with her group’s social media presence. 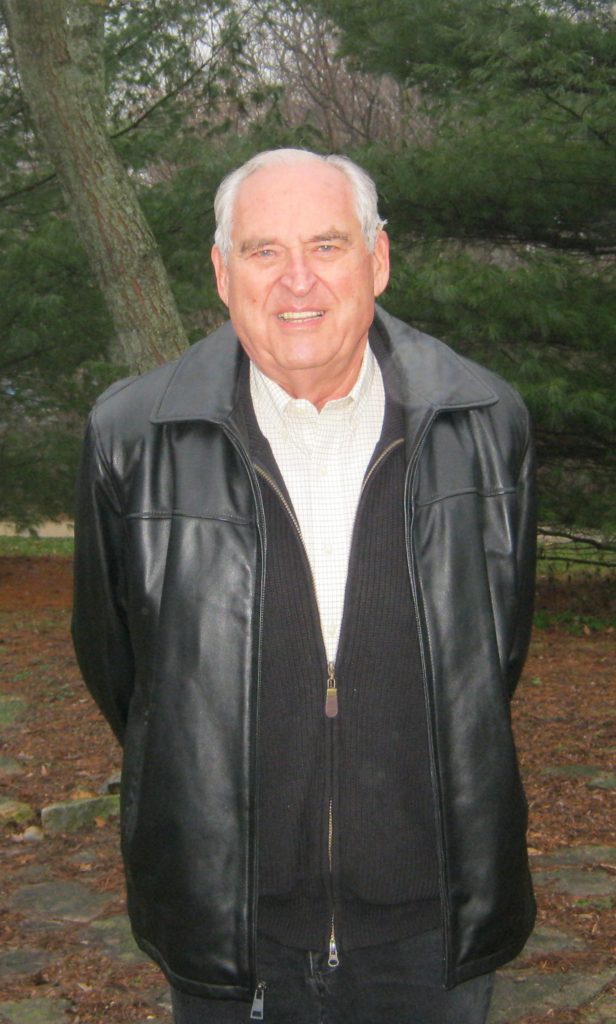 Jerry worked for General Electric’s Nuclear Power and Aerospace Divisions in the 1960’s. He then worked for Allis Chalmers for 20 years, heading up the Corporate R&D Center. He subsequently ran his own firm under contract with NATO for three years, and then served as Marketing VP for an environmental firm, RMT, in Madison. 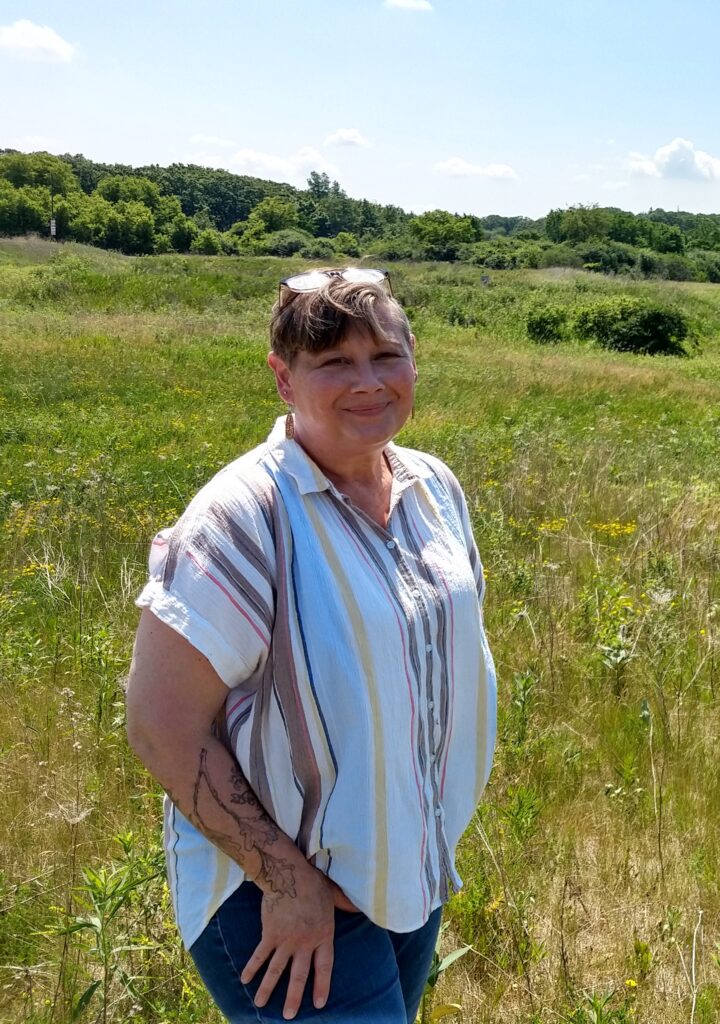 Rory Klick brings more than 35 years’ experience in ecologic restoration and land management, and also has a background in horticulture, landscape architecture and public planning. She has spent many years leading environmental education efforts, from informal nature experiences with children to formal academic teaching at the college level. Her passion is helping people appreciate nature and understand the science of how it works – and appreciate the critical role people must play in caring for nature.

Rory and her family make their home in Salem, Wisconsin, where they are working to restore their own oak woodland and be good land stewards.

Rachel Tanis is KMLT’s new Program Manager. Rachel is an East Troy native, having grown up on Lake Beulah. Her family has always enjoyed hiking at Beulah Bog and surrounding natural areas. Rachel has worked in customer service for over 15 years and is excited to be able to serve others in a position that values the natural environment and promotes its preservation. She looks forward to working with members and volunteers as well as the Directors in making a difference in our land.